When a small town Texas teen goes missing, an entire community turns out to search the high prairie by land and air. A mysterious death, a contentious debate and shocking accounts of corruption are explored in this episode of Last Seen Alive.

Pictured: Nathan Lewis, former Sheriff of Hemphill County, TX. Lewis resigned from his post after being formally reprimanded by the Texas Commission on Law Enforcement (TCOLE) for falsifying training records. Lewis has also been accused–both formally and informally–of numerous other breaches of the law and his ethical duty as a law enforcement officer. At the time of Tom Brown’s disappearance, Lewis was Sheriff of Hemphill County. The year before, Tom’s mother had filed a complaint against Lewis for allegedly harassing her son. 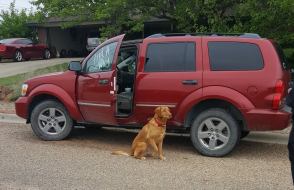 In this photo released by Philip Klein (private investigator) a canine is allegedly pictured alerting to the unique odor of human death inside Tom’s vehicle, indicating that human remains had once been inside. 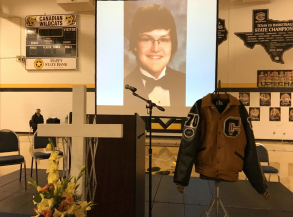 A memorial was held in Tom’s honor at his high school, where he served as class president. Tom was missing for over two years before his remains were discovered.

In October 2019, the Texas Commission on Law Enforcement (TCOLE) issued this letter of reprimand to then-Sheriff of Hemphill County, Nathan Lewis.

In this letter to the editor, Hemphill County Sheriff Pearson (predecessor of Sheriff Lewis) responds to a complaint from Tom Brown’s mother alleging that then-Deputy Lewis harassed her son.

Tom smiles alongside his mother, Penny, in this undated photo. Penny has advocated for the fair investigation of her son’s disappearance and death from the night he went missing.

Tom Brown is pictured in his senior portrait. He was 18 at the time of his death.

Tom Brown is pictured circa 2016 in his football uniform. Tom was a talented athlete, as well as being involved in academic pursuits, including serving as senior class president. 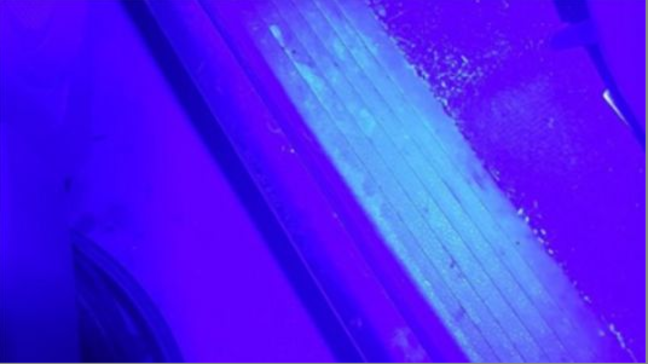 This photo released by Philip Klein (private investigator) shows what he alleges remains of a cleaned-up blood stain on the driver’s side floorboard of Tom’s vehicle.

Sources used to write this episode:

Ready for your next great true crime listen?

Violent, provocative, shocking. Call them what you will … but don’t call them open and shut.

Did Lizzie Borden murder her own father and stepmother? Was Jack the Ripper actually the Duke of Clarence? Who killed JonBenet Ramsey? America’s foremost expert on criminal profiling and twenty-five-year FBI veteran John Douglas, along with author and filmmaker Mark Olshaker, explores those tantalizing questions and more in this mesmerizing work of detection.

With uniquely gripping analysis, the authors reexamine and reinterpret the accepted facts, evidence, and victimology of the most notorious murder cases in the history of crime, including the Lindbergh baby kidnapping, the Zodiac Killer, and the Whitechapel murders. Utilizing techniques developed by Douglas himself, they give detailed profiles and reveal chief suspects in pursuit of what really happened in each case.

The Cases That Haunt Us not only offers convincing and controversial conclusions, it deconstructs the evidence and widely held beliefs surrounding each case and rebuilds them—with fascinating, surprising, and haunting results.