When an accomplished long distance runner hits the trails in the central Wyoming mountains and never returns, investigators are tasked with answering the question: what—or who—did this Olympic hopeful fail to outrun? Strange journals, a serial killer with a history of terrible crimes against women and other theories are explored in this episode of Last Seen Alive. 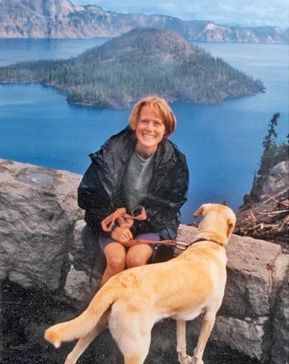 Amy could almost always be found outdoors. Here, she smiles while posing with her dog. Wyoming’s natural beauty–as showcased by the lake behind her–is one of the reasons why she chose to remain in the state after graduating from the University of Wyoming, where she was a star distance runner. 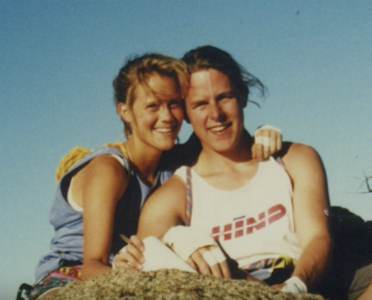 Amy smiles in an undated photo with her husband, Steve. A love of outdoor recreation drew the couple together and inspired them to move to Lander, where the rugged terrain was ideal for Amy’s love of long-distance running and Steve’s passion for rock climbing. Steve initially faced significant scrutiny from investigators and citizens after Amy’s disappearance. 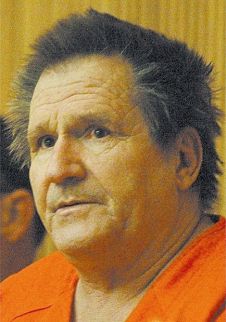 Pictured: Dale Wayne Eaton, a murderer suspected by many law enforcement officials to be the “Great Basin Killer”–a serial killer who sexually assaulted and murdered numerous women throughout Wyoming, Utah, Nevada and Idaho during the 80s and 90s. Many consider him a possible suspect in Amy Wroe Bechtel’s disappearance. 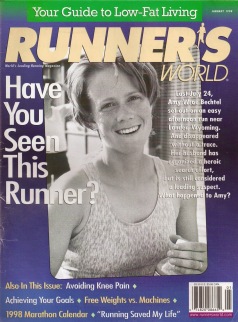 Amy’s case received significant media coverage in the immediate wake of her disappearance. Here, she’s featured on the cover of the January 1998 edition of Runner’s World Magazine. Two excellent articles from Runner’s World are among the research resources referenced in this podcast. 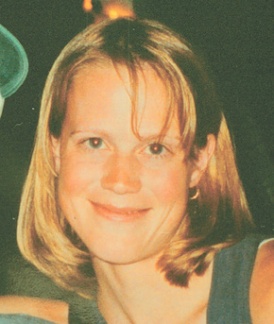 Amy Wroe Bechtel smiles in an undated photo. She was 24 at the time of her disappearance (1997), and was planning ahead: she had dreams of competing in the 2000 Summer Olympics as a long distance runner.

Sources used to research this episode: