When a group of paratroopers hits the beach for a laid-back holiday weekend, one of their own goes missing. Tragic evidence washes ashore and ignites one of 2020’s most devastating missing / murdered American soldier investigations in this episode of Last Seen Alive.

An aerial view of South Core Banks shows how flat and undeveloped the 26-mile long island is. The companions of Enrique Roman-Martinez–Army paratroopers–claimed to have searched the island for an entire day for Enrique before alerting authorities that he was missing. (Photo: National Park Service) 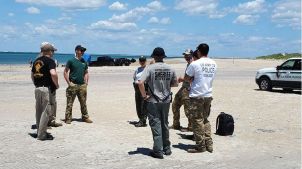 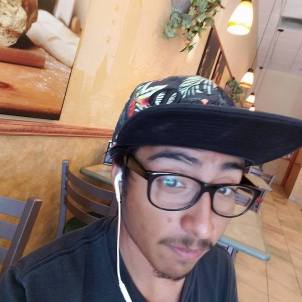 Enrique is pictured in an undated photo. In addition to his military service goals–which he successfully fulfilled–he aspired to study pharmacology and psychology after concluding his service with the US Army. 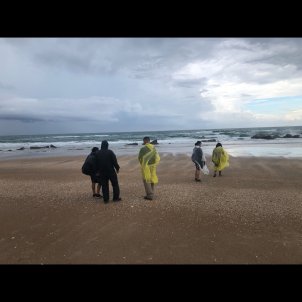 Enrique’s family traveled to South Core Banks after his disappearance to see the island he’d disappeared from. Here, they shared a prayer and moment of silence with Army personnel. Enrique was missing for a week before his partial remains were located.

Enrique is pictured in uniform in this undated photo. He’d joined the US Army at just 17 years old in an effort to better himself through service to others and, ultimately, higher education. Although he fulfilled his military service goals, his murderer(s) denied him the chance to obtain a college education and enjoy a civilian career.

In this photo of a South Core Banks seashore like the one Enrique disappeared from, a sand dune is partially visible (left). Enrique’s camping companions (fellow soldiers) told 911 dispatch that they had searched for a park ranger to report his absence to for an entire day. However, it was later discovered that a park ranger had approached them midday on that same day to ask them to move their vehicles farther from some sand dunes. According to that ranger, they did not mention a missing person. (Photo: National Park Service)

‘It Was Such a Brutal Crime:’ Autopsy Report Shows 82nd Soldier Was Decapitated (The Fayetteville Observer/ Steve DeVane)