When a college junior and aspiring pediatrician is beaten to death in her own bed, the bright future of a beloved young woman and active member of the Haliwa-Saponi tribal community is instantly destroyed. A bitter note, a fight captured on voicemail during an accidental pocket-dial and past police reports of violence weave a story of jealousy, cruelty and lingering mystery in this episode of Last Seen Alive. 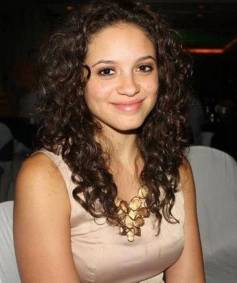 This note, found on Faith’s bed along with her body, is considered to be of significant evidentiary value by investigators.

A young Faith Hedgepeth (right) participates in her first pow wow. Faith was an active member of the Haliwa Saponi tribal community throughout her life.

This status–posted on the day of Faith’s murder by a man who blamed her for the end of his relationship with her friend, Karena, has drawn considerable attention from investigators and the public alike. The poster–Eriq Jones–had allegedly made threats to kill Faith just prior to her death.

This DNA snapshot poster, produced by Parabon Nanolabs, depicts the genetic profile the lab developed from DNA left at the scene of Faith’s murder.

Faith (right) is pictured with her friend, Karena. Karena left the apartment door unlocked while Faith was sleeping inside and later returned to find her murdered.

Sources used to research this episode:

On The Last Night of Her Life, an Uncertain Timeline for Faith Danielle Hedgepeth (The Daily Tarheel)

Voicemail Found Left by UNC Student’s Phone on Night of Her Murder: Part 4

Did you know? Native American women are murdered at a rate of up to 10 times the national average (source).

You can do something to help change this statistic.

Make a donation to the Indian Law Resource Center’s Safe Women project in honor of Faith.

Direct your donation to the Safe Women Project and name Faith Hedgepath as your honoree.